"Passage on Tour" & "Passage Past"

This Page is for our Club Members to send in their own photos. What we are looking for is photos of members, friends, and family wearing any sort of Passage GAA gear in locations away from the pitch. So if you are in any place from Annascaul to Zambia, from the top of Everest to deep under the ocean, and have a photo of you in Passage GAA gear (hat, polo, hoodie, jersey, etc) or a club logo printed out even - send it to us and we will post it here. It would be great to see how many corners of the world we can get to.

With the 130th anniversary this year we would like to see how many old photos of GAA teams, players, etc that are out in our community. So if you have any old Passage GAA related photos that you wouldn't mind sending in, please use this page also.

Mark and Charlie McCarthy, Moonee Beach, NSW Australia. 3-1-15. Bit warm for the hoodies but thanks Elaine McCarthy. Congratulations on the 130 years!! All the best, Eric, Eva, Charlie & Mark McCarthy

Seandún Team. From what i remember Justin McCarthy (rear, ight) coached them to the county semi final in the Mardyke(park being built) I think it 1975,Pat sullivan Delaneys front middle played in goals with Passage in 60s,I think Weeshie Murphy back left too as well as Dave Keane, Bernie Meade ,i think K Keane and Micheal o Connell were also on panel??? i remember great buzz about them at the Time they took a few big scalps, George Sullivan (Passage) 2nd from right at back.

The mighty Liam O'Sullivan. Think that was minor final 1980 the two lads behind Emigrated mid 80s. Frank (hanko) o Connell and I think the other lad on right Kevin (Charlie) o Gorman 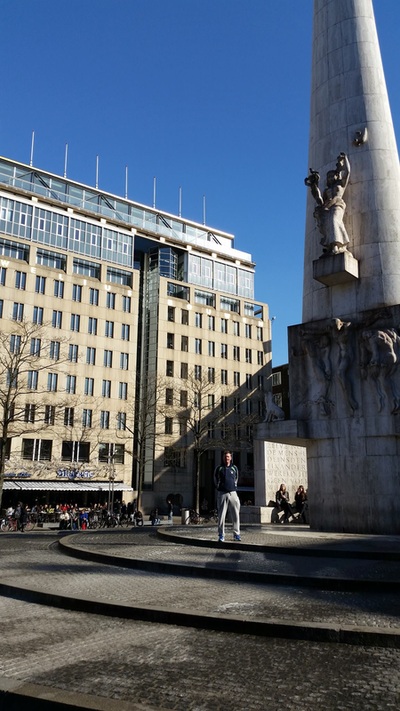 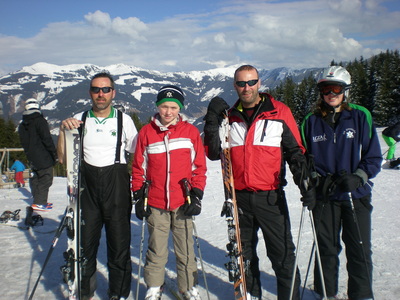 The Harringtons skiing in Austria - Feb 2015 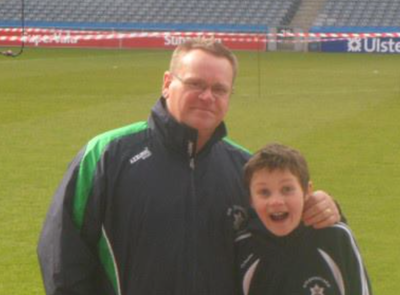 Daniel, Scott and Harry Moynihan on tour in Alcudia